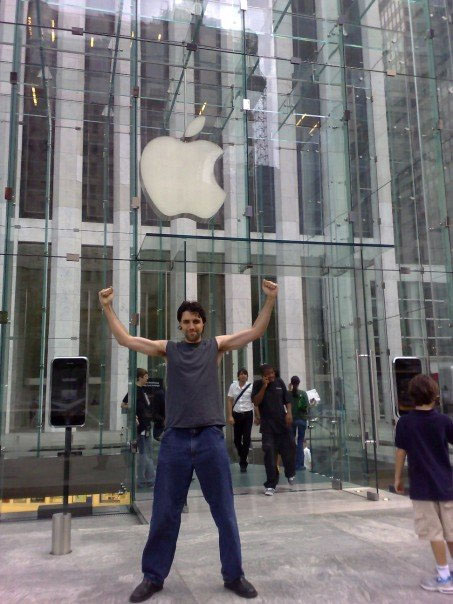 Greg at the original launch of the iPhone.

Greg has developed an open-source PHP framework called PAL (short for "PHP Application Library"). It's different from every other framework out there with its focus on giving power to the programmer. while retaining simplicity and elegance. Instead of being another Rails clone, it lets PHP programmers feel like they are really coding in PHP but on top of easy-to-use, high-powered machinery. PAL is oriented toward the MVC (model-view-controller) paradigm, but takes advantage of web conventions as much as possible. It also contains a fast, powerful, fully-featured database abstraction layer called PalDb (that at the moment is primarily geared toward MySQL).

PAL was designed to meet the following needs:

In fact, this website is built entirely using PAL.

Part of our business strategy was to re-use plugins from one project in our next projects. This cuts down the cost of development significantly. Thus, projects built on PAL are built like this:

Another dimension that we are concerned about is the development process. This is not specific to PAL, but to any professional software project. We want our team to be able to work in a well-defined development environment, and for changes to be tested as they go through the different stages and into production:

Our technology doesn't only let us re-use plugins in different projects. It allows for much bigger possibilities. Here's the full story:

We created Lucky Apps' technology to enable us to do all this.